Making Sense of Patristic Christological Readings of the Old Testament

Who was it who spoke with Moses from the burning bush? According to Justin Martyr, it wasn’t the Father, but the Son

Reading the surviving writings of the earliest Christian authors can be challenging, rewarding, and perhaps above all frustrating. What I have found, more quickly than anything else, is just how differently these writers’ perspectives and overall patterns of thinking differ from my own. As John Behr frequently puts it in his talks, we have to understand these authors on their own terms, and then we can assess whether what they are doing, and how they are doing it, is good or bad, right or wrong.

One thing that these early writers do is see Jesus in certain places in the Old Testament that, prior to the thoughts I will share in this post, would have sounded crazy to me. This post is really just a preliminary sketch, a jumping-off point, for further study about how the patristic authors read the Old Testament Christologically.

What I want to turn to first are some surprising statements about the Son (or Word) in the Old Testament from Justin Martyr, Melito of Sardis, and Irenaeus. Then I will explain what I’ll call the “Johannine Paradigm” and how this helps us to understand what these men have written.

The Word in the Old Testament

Who was it who spoke with Moses from the burning bush? According to Justin Martyr, it wasn’t the Father, but the Son:

Although it is explicitly stated in the Mosaic writings: ‘And the Angel of God spoke to Moses in a flame of fire out of the midst of a bush and said, “I AM WHO AM, the God of Abraham, the God of Isaac, and the God of Jacob,” ’ [Exodus 3:14-15] the Jews assert that it was the Father and Maker of all things who spoke thus. Hence, the Prophetic Spirit reproaches them, saying: ‘Israel hath not known Me, and My people hath not understood Me.’ [Isaiah 1:3] And again, as we have already shown, Jesus, while still in their midst, said: ‘No one knows the Father except the Son, nor does anyone know the Son except the Father, and those to whom the Son will reveal Him.’ [Matthew 11:27] The Jews, therefore, always of the opinion that the Universal Father spoke to Moses, while in fact it was the very Son of God, who is styled both Angel and Apostle, were justly reproached by both the Prophetic Spirit and by Christ Himself, since they knew neither the Father nor the Son.
—1 Apology, 63.[1]

Who was it that created all things in the beginning and performed the mighty deeds for Israel and its patriarchs? According to Melito of Sardis, it was the Lord, the first-born of God:

82 You were not Israel.
You did not see God.
You did not perceive the Lord, Israel,
you did not recognize the first-born of God, begotten before the morning star,
who adorned the light,
who lit up the day,
who divided the darkness,
who fixed the first boundary,
who hung the earth,
who tamed the abyss,
who stretched out the firmament,
who furnished the world,
who arranged the stars in the heavens,
who lit up the great lights,
who made the angels in heaven,
who there established thrones,
who formed humanity on the earth.

‍83 It was he who chose you and led you,
from Adam to Noah,
from Noah to Abraham,
from Abraham to Isaac and Jacob and the twelve patriarchs.

‍84 He it was who led you into Egypt,
and guarded you there and sustained you.
He it was who lit up your way with a pillar,
and sheltered you with a cloud.
He cut the Red Sea open, leading you through,
and destroyed the enemy.
—On Pascha, 82-84.[2]

And this is the one that Israel put to death on the Cross, according to Melito. Who was it who walked around the Garden of Eden and called to Adam? According to Irenaeus, it was the Word of God:

And so beautiful and good was the Paradise, [that] the Word of God was always walking in it: He would walk and talk with the man prefiguring the future, which would come to pass, that He would dwell with him and speak with him, and would be with mankind, teaching them righteousness.
—The Demonstration of the Apostolic Preaching, 12.[3]

Really, examples like these can be multiplied a hundredfold. And clearly from the examples above, these men do not say that it was the Father who was seen or heard. It was the Word who created all things with the Father in the beginning. It was the Word that was there in the Old Testament from the very beginning. But how can these authors say these things? The Johannine ParadigmThe answer is that they take the Gospel of John more seriously, perhaps, than we do. Consider these texts, one of which is spoken by Jesus himself:

John 1:3 All things were created by him [i.e., the Word], and apart from him not one thing was created that has been created.

‍1:18 No one has ever seen God. The only one, himself God [μονογενὴς θεὸς], who is in closest fellowship with the Father, has made God known.[4]

‍5:37 And the Father who sent me has himself testified about me. You people have never heard his voice nor seen his form at any time, 5:38 nor do you have his word residing in you, because you do not believe the one whom he sent.

“God” in John 1:18 refers to the Father. That is the primary use of the term in the New Testament, and this is clear from the context of the verse. According to John (and Jesus through John’s writing in 5:37), the Father has never been seen or heard, and it is the Word, his crucified and risen Son Jesus Christ (John 1:14; Revelation 19:13), through whom the Father creates. That is the Johannine Paradigm.

What this means is that the Old Testament passages that discuss the Lord (God) appearing and being heard aren’t about the Father, but rather about the Word, his Son. It also means that everything is created by the Word who, not that, already exists; it is the Lord, the first-born of God, Melito says, who “formed humanity on the earth.” That the Word (or Son) pre-exists his coming through the Virgin Mary is a straightforward reading of the Old Testament based on what John explicitly and clearly says. And not only that, this Word is explicitly called “God” and even the “Lord God” in these Old Testament texts (see Genesis 3, for example, and what Irenaeus says above), and repeatedly so (cf. Exodus 24:9-11; Ezekiel 1).

Are these men slaves to the corrupting influence of Greek philosophy? Are they among those taken by the “Great Apostasy”? Are they among a school of innovators? Or are they practitioners of the Old Testament exegesis in the apostolic proclamation? It seems that the burden of proof is on those who deny the latter.

1. Thomas B. Falls, trans., Saint Justin Martyr, The Fathers of the Church (Washington, D.C.: The Catholic University of America Press, 1948), 101-104.
2. Melito of Sardis, On Pascha, trans. Alistair Stewart-Sykes, Popular Patristics Series 20 (Crestwood: St Vladimir’s Seminary Press, 2001), 75-76.
3. St Irenaeus of Lyons, On the Apostolic Preaching, trans. John Behr, Popular Patristics Series 17 (Crestwood: St Vladimir’s Seminary Press, 1997), 47.
4. I don’t mean to imply that the patristic authors would accept any particular difference in punctuation (e.g., in John 1:3) or textual variant (e.g., μονογενὴς θεὸς in John 1:18) that the NET adopts in these verses. But those are inconsequential for the particular point I’m making here.

Pentecostal
Skylar McManus lives in the Pacific Northwest with his wife and two children. He has degrees in history, philosophy, and theology from the University of Washington and Regent University. His research interests include analytic theology, Christology, the Trinity, and the Church Fathers. 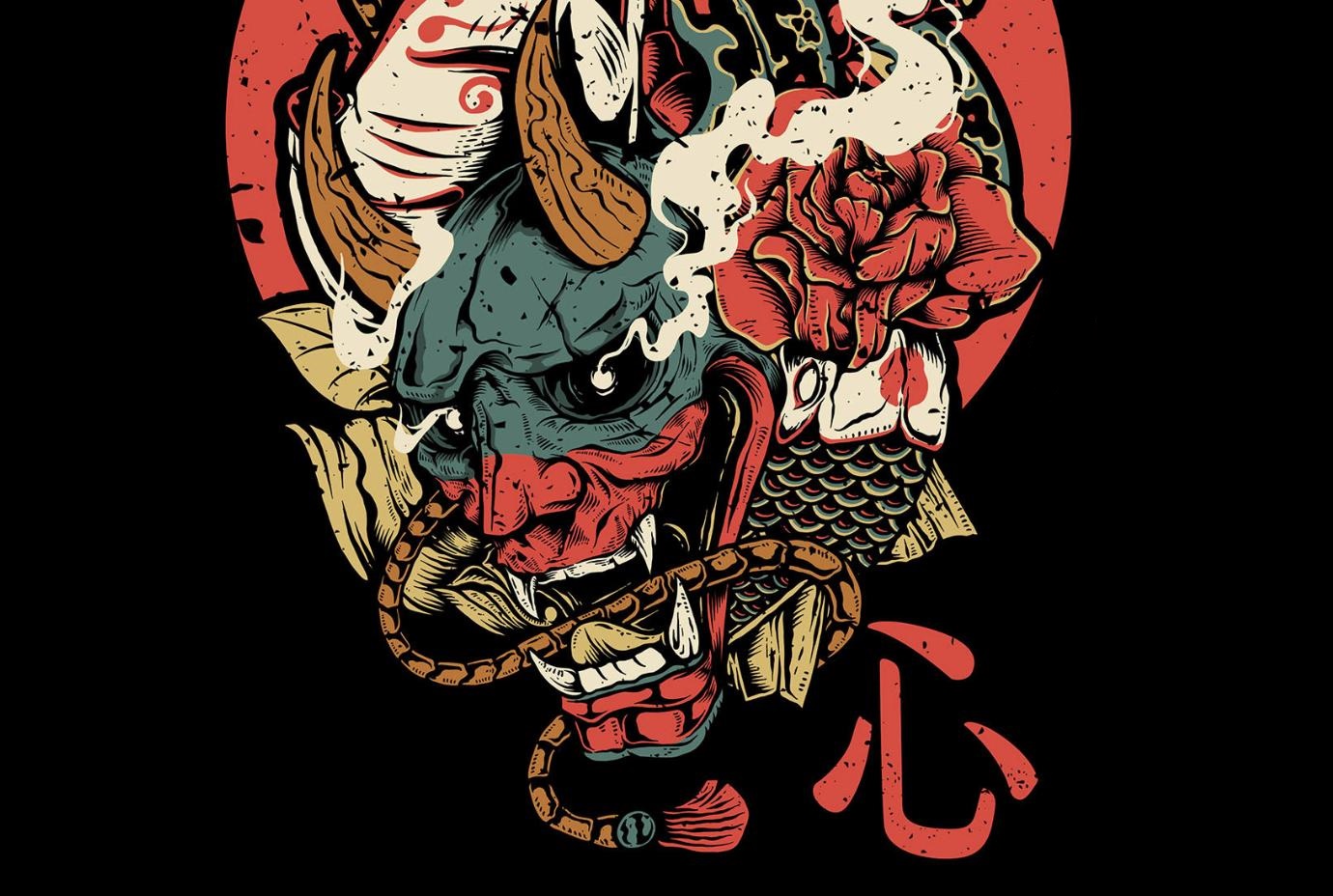 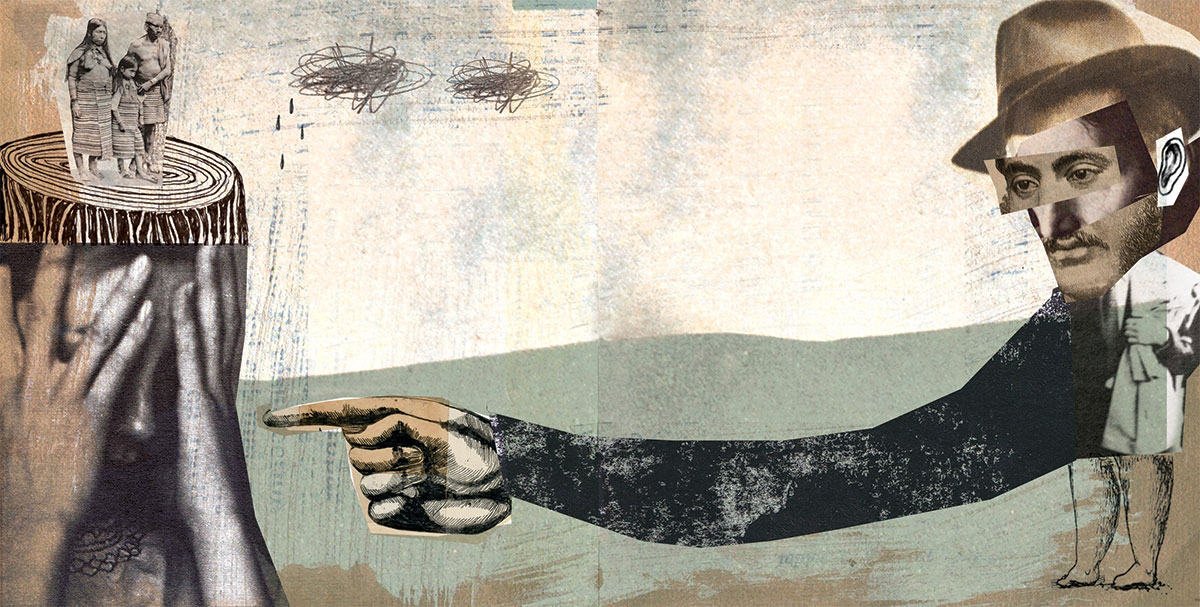 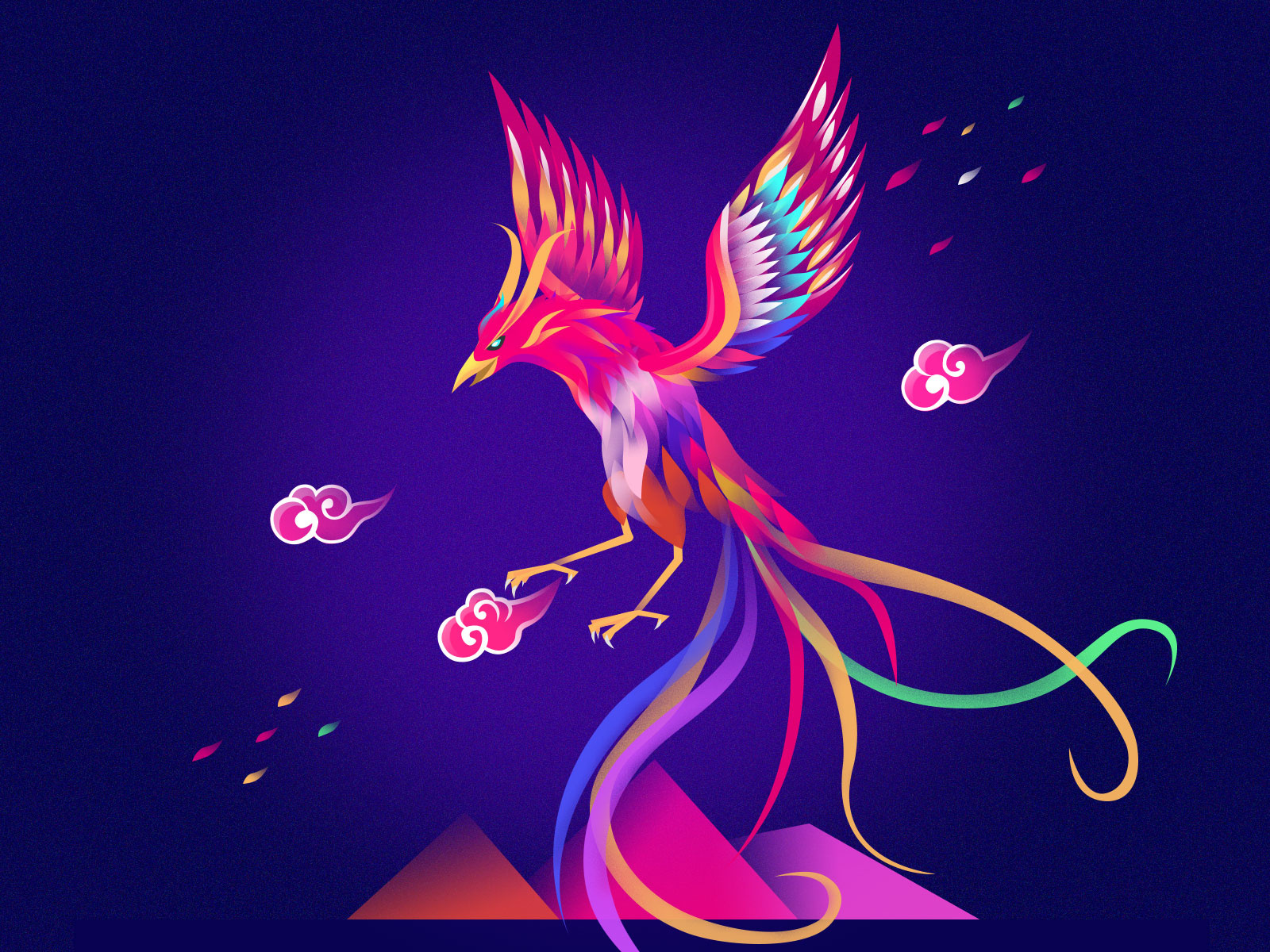 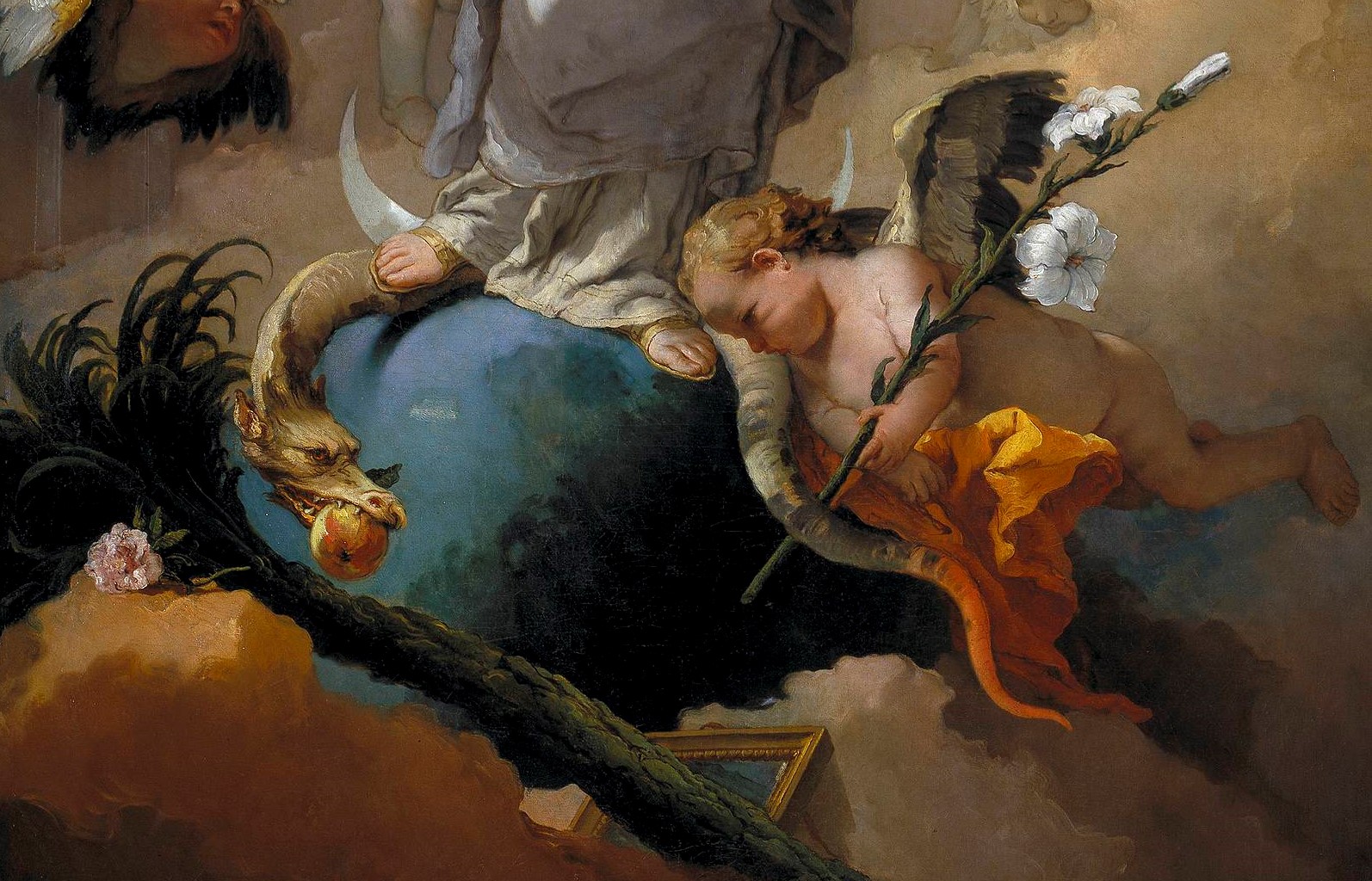 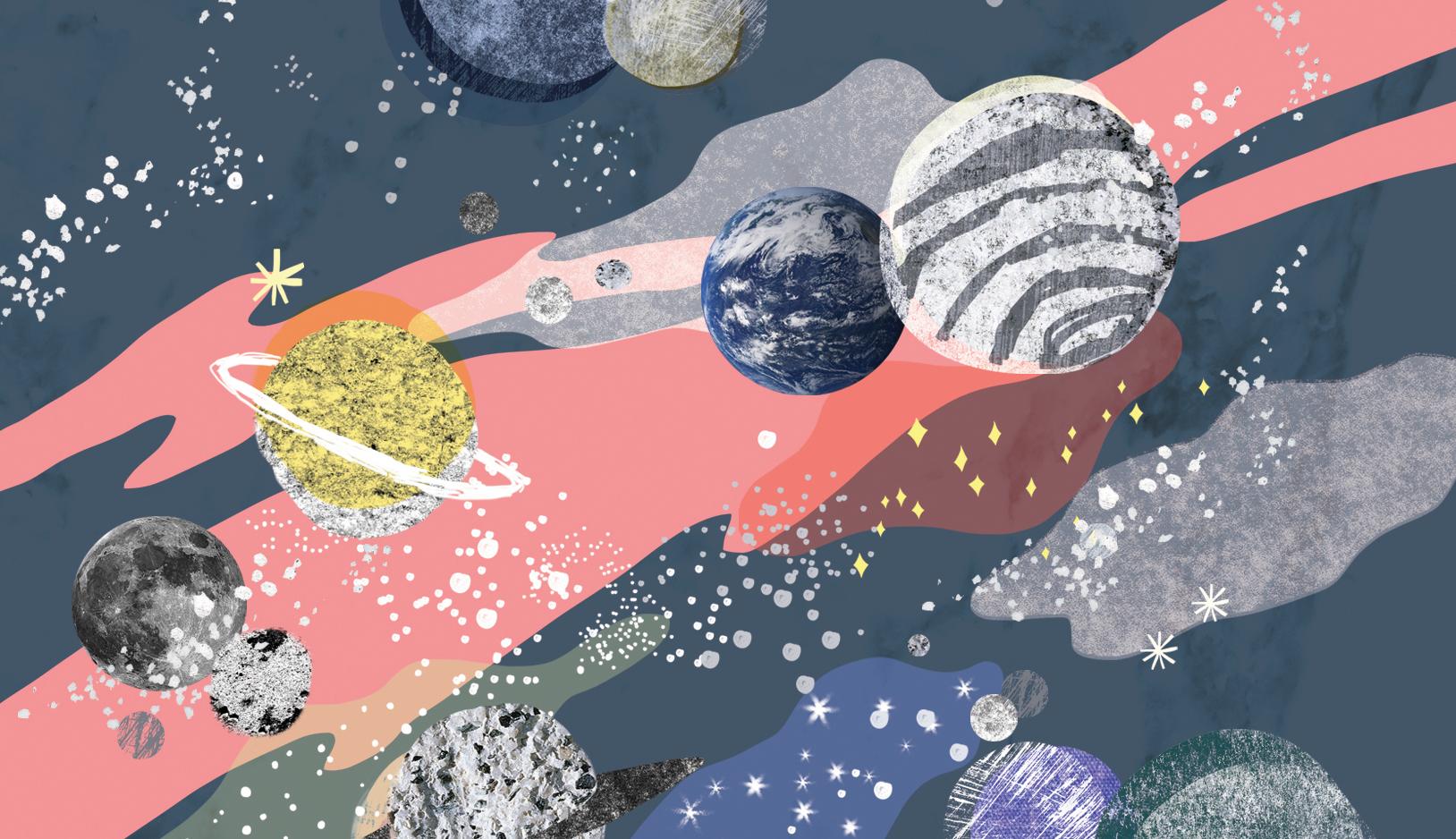 The Fathers on Universalism 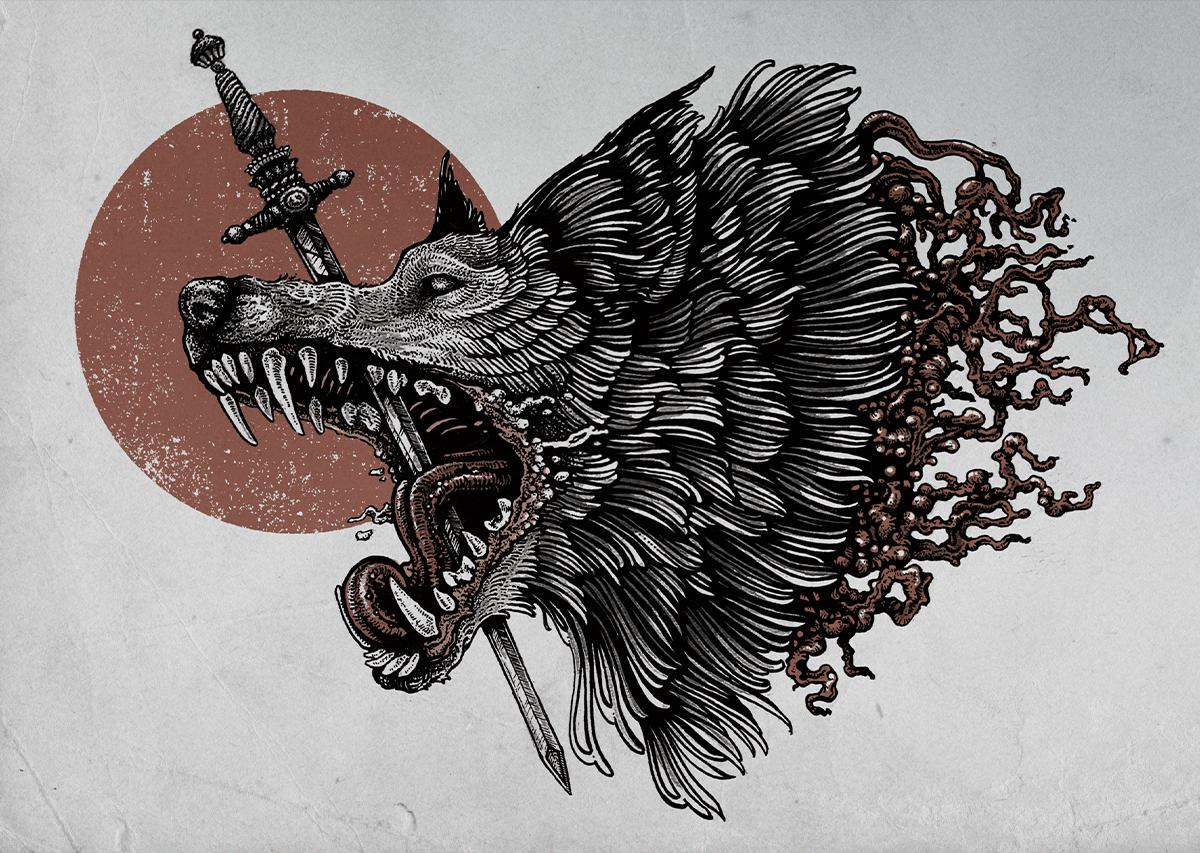 On the Pious Wolf